March 31 is Transgender Day of Visibility, an annual day dedicated to raising up the voices and victories of transgender and gender nonconforming people around the world. First celebrated in 2009, TDOV has always been a critical component of advancing full equality for the entire LGBT community. 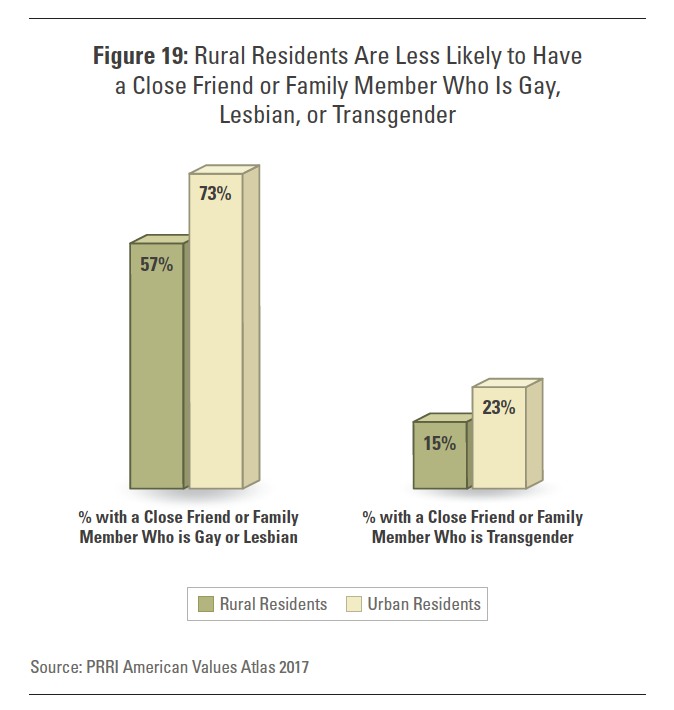 It can be hard to understand what it means to be transgender, especially if you’ve never met a transgender person. But when people have a transgender friend or family member, they are much more likely to support the policies and priorities trans folks need to be healthy and thrive: from accessing comprehensive and competent healthcare, to having safe and supportive school environments.

Most recently, MAP partnered with the Biden Foundation, and Gender Spectrum to launch “Advancing Acceptance” to raise awareness of the importance of family and community acceptance in the lives of transgender and gender diverse youth. According to the Biden Foundation, when parents and families accept and embrace their lesbian, gay, bisexual, transgender or queer (LGBTQ) child, that acceptance dramatically improves their child’s self-esteem and decreases the likelihood they will experience depression or suicidal ideation, or engage in self-harming behaviors. And research shows that, when transgender youth are accepted and affirmed at home, in school, and in their communities, they experience greatly reduced anxiety and depression, and greatly improved self-esteem, academic success, and happiness.

To find out what you can do to improve visibility in your community, visit Advancing Acceptance’s Community Resources. Click here for additional resources that offer an overview into the lives of transgender people, maps and reports about the legal landscape and the impact on transgender youth and adults, and the threat of religious exemptions to the health and wellbeing of transgender people.

Today, nearly 1,300 businesses across Florida are joining Open to All, the national public education campaign that unites leaders in business, civic engagement, and the nonprofit sector across the United States to raise awareness of the importance of protecting everyone from nondiscrimination and to defend the bedrock principle that when businesses open their doors to the public, they should be Open to All.

Members of the Florida-based coalition Open Doors (Puertas Abiertas), declared that they are Open to All, and pledged to not discriminate based on race, ethnicity, national origin, age, immigration status, sex, sexual orientation, gender identity and expression, religion or disability.

Open Doors, a project of Equality Florida,is a bilingual, mobile-friendly Florida business directory open to businesses, faith organizations, and other venues with strong nondiscrimination policies that include LGBT protections. The directory makes it easier for residents and visitors alike to seek out places they can be assured will welcome and respect them and their families.

By joining Open to All, these businesses are taking a stand, not just against discrimination against LGBT people, but by publicly committing to serve everyone on equal terms, regardless of who they are. This partnership also brings national visibility to Florida’s businesses and strengthens efforts in the state to support diversity and inclusion. Businesses who take the Open to All business pledge are featured publicly on the Open to All website.

Last week the city of San Francisco became the first city to issue an official proclamation declaring it is Open to All. Mayor London Breed called upon businesses across the city to sign the business pledge and take a stand against discrimination. She also urged cities across the country to take similar action and proclaim that they are Open to all.

With your support, Open to All can reach even more businesses in cities and states across the country and ask them to take a stand against discrimination!

The Open to All campaign was developed by and is a project of the Movement Advancement Project.

Today San Francisco became the first city to issue an official proclamation declaring it is Open to All. Open to All is the nationwide public engagement campaign to build understanding and discussion about the importance of protecting people from discrimination—and the bedrock principle that when businesses open their doors to the public, they should be Open to All.

Check out some of the photos from today’s event.

By joining Open to All, San Francisco is continuing its leadership in diversity and inclusion by pledging to welcome everyone regardless of race, ethnicity, national origin, age, immigration status, sex, sexual orientation, gender identity and expression, religion or disability.

Click here to read Mayor London Breed’s op-ed about why San Francisco is joining Open to All.

To commemorate the occasion, Mayor Breed and Supervisor Mandelman hosted a kick-off event in Harvey Milk Plaza in San Francisco featuring elected officials from across the city, community leaders, and business owners who have signed the Open to All business pledge.

Mayor Breed called upon businesses across the city to sign the business pledge and take a stand against discrimination. She also urged cities across the country to take similar action and proclaim that they are Open to all.

Bisexual people comprise more than half of the lesbian, gay, and bisexual population.

Bisexual people live in every state and are ethnically and racially diverse.

Bisexual older adults are less likely to be out.

Did you also know?

Violence, poverty, discrimination, and poor physical and mental health outcomes within the bisexual population are often at higher rates than their lesbian and gay peers.

All too often, bisexual people are swept into the greater lesbian, gay, bisexual (LGB) community, their specific disparities made invisible within data about the whole community.

That’s why, each March, MAP joins our colleagues at the Bisexual Resource Center to commemorate Bisexual Health Awareness Month to share critical information, resources, and recommendations to raise awareness and support the health and well-being of bisexual people everywhere.

By shining a spotlight on the specific health needs and unique challenges facing bisexual people when accessing healthcare, we can improve outcomes for bisexual people and their families.